Skip to content
Simeon Lozanov – Monyx is a Bulgarian music producer, sound engineer, musician and songwriter.
With more than 25 years of experience in the music business, he has quickly become known for his exceptional high-quality productions and unique musicality.
He debuted on the Bulgarian music scene in 1995 with the band “Coco Mania” as its founder and guitarist. After the band “Coco Mania” split in 2009, Monyx decided to start a solo project, in which he is both guitar player and singer.
In February 2010 he released his first video single “Coffee is over”. In September 2010 the video entered MTV – World Chart Express and the band was invited to play on the main stage at Elevation Music Festival 2011 alongside Stereo MC’s, Morcheeba, Hurts and Jamiroquai.
In 2012 Monyx released his debut album, but after a periodic health problem with his voice, he had to end his solo project soon after. Since then he has been mainly involved in sound engineering for big concerts, studio recordings, music producing, mixing and mastering.
In the last few years he composed and released jingles and mnemonics for TV’s and Radio stations which are part of the biggest Bulgarian Media Group – BTV Media Group. He also composes songs for some of the famous Bulgarian pop stars and new artists. 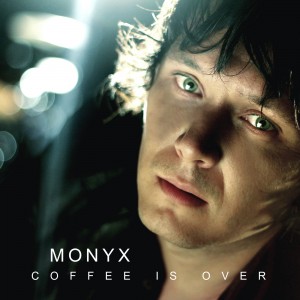